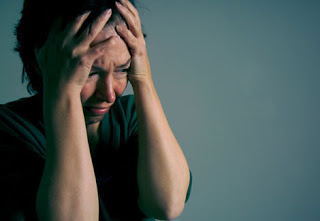 Schizophrenia is a group of psychotic reactions that affect various areas of individual functions, including thinking and communicating, receiving and interpreting reality, feel and show emotions and behave in a manner that is socially unacceptable (Durand and Barlow, 2007)

Family psychotherapy is an important aspect in the treatment of Schizophrenia. In general, the goal of psychotherapy is to build a collaborative relationship between the patient, family, and doctor or psychologist. Through psychotherapy, the patient is helped to socialize with their environment. Family and friends are the ones that are also very instrumental in helping patients to socialize. In the case of acute schizophrenia, patients should receive special treatment from the hospital. If necessary, he should stay in the hospital for some time so that the doctors can do with regular control and ensure the safety of patients.

But in fact, the most important is the support of the patient's family, because if this support is not obtained, the patient is not likely to experience hallucinations returned. According to Dadang, a number of people with schizophrenia also often recur even after completion of therapy for six months. Therefore, in order to hallucinations did not reappear, then the patient should continue to communicate with reality. However, the family also should not exaggerate in treating patients with schizophrenia.

According to dr. LS Chandra, SpKJ, schizophrenic patients requires attention and empathy, but the family needs to avoid being Expressed Emotion (EE) or an overreaction as overly critical attitude, indulgent, and too controlling who can actually complicate healing.

Discussant group serves as a group therapy for the treatment of schizophrenia. According to the authors, the provision of group therapy in patients with schizophrenia are less precise. The main reason is the usual group therapy used in the rehabilitation process of drug addicts (the healing process). The basic concept is group therapy mediation problems in groups, group dynamics, or outbound (with individuals who are having the same problem).

How could the schizophrenics could do things over?
Discussant group presents some of the following on group therapy:

Points 3, 4, and 5 is actually part of the process of family therapy. So maybe there is still confusion in the group of discussants on the basic concept of group therapy and family therapy. 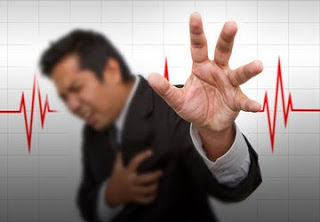 A. Symptoms of Heart Disease

Here are the symptoms of heart disease that is often overlooked, as reported by detikhelath:

If you often feel tired, though not strenuous, immediately consult your personal physician. This could be an indication of heart problems. Fatigue is also often felt when I wake up.

Generally a person sweats after exercise or in hot weather. But if you sweat easily, despite not doing anything, it is likely a problem with your heart.

Symptoms of heart disease begins with swelling in the abdomen. This causes the patient to lose appetite and feel nauseous excess.

Many believe, heart attacks culminated in trauma. As a result, those who have had heart attacks more often experience stress, fear, or anxiety about death. It is associated with psychological anxiety and stress which causes more frequent attacks.

The pain became stronger sign of heart disease. In men, the pain felt in the left arm, while women experience pain in both arms. The pain comes and goes is also felt in the shoulders, elbows back, and neck. Pain at some point part of the body is caused due to clogged arteries.

This is a common symptom of a heart problem. Women are more likely to feel pain in the chest due to blockage of the arteries that causes the flow of blood throughout the body is not smooth. This condition can also cause numbness and weakness in the body.

7. Headache
Those who have heart problems, will experience headaches when exposed to light. This effect on heart rate, whether it's beating slower or faster.

Especially in women who experience frequent migraine or visual disturbances, at least two times a month, need to be vigilant. This could be a symptom of cardiac disease progression. According to a study published by the American Academy of Neurology. According to researchers, this occurs because the blood circulation irregularities that cause severe headaches.

10. Swelling of the legs and abdomen

Swelling occurs when fluid accumulates in the body. Generally occurs at the ankle and abdomen. This symptom is a sign that the heart is experiencing disabilities and abnormalities of the heart valves.


B. Symptoms of Heart Attack

Heart attack symptoms to watch out for.

In men, symptoms of heart can be seen from serious sexual dysfunction and hair loss. Cholesterol and excess fat in the body is linked as a trigger factor of heart disease. For that, you need to know and be aware of heart attack symptoms appear suddenly:

1. Sudden pain in the chest behind the breastbone or as chest tightness.

2. Chest pain can be repeated a few minutes (20 minutes or more).

3. The pain can be a pressure in the chest, and neck as if to choke causes a cold sweat.

4. Suddenly collapsed, unconscious but may return. This happens because there are heart rhythm disturbances.

Symptoms and Risk Factors of Heart Disease in Women 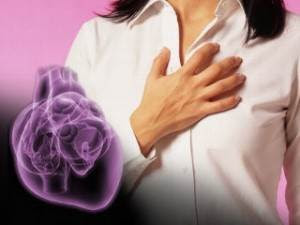 Actually, women are more at risk of dying from heart disease than men. But in fact cases of heart attacks more common among men. Recognize the signs and symptoms before it's too late.

The heart is a vital organ that is important for their health is maintained. They, (women in particular) who suffered or suffer from heart disease, usually caused by lack of oxygen supply to the heart, so the heart does not function properly.

Bad habits that often we do not realize, especially diet, is very influential on heart health disorders. This is not a single cause. Heart problems also triggered by lack of physical activity such as exercise and prolonged stress.

Moreover, in female smokers, heart health problems more likely. This is due to the instability of the hormone estrogen in the body due to exposure to nicotine. In fact, estrogen is Horom antidote to heart disease.


Symptoms of Heart Disease in Women

As the silent killer, basically this disease also issue signals that can unwittingly help you to detect it early. The rest, recognize these symptoms as stated Dr John F Knight in his book entitled "Family Medical care"

1. Shortness of Breath
Nearly 58 percent of women experience an inability to regulate their breathing. This can be caused due to excessive tiredness issued emotion, walk up the stairs, or after strenuous activity.

2. Lightweight pain
In this condition, the pain is not limited to that part of the heart. This pain can occur in other parts, such as the sternum, upper back, shoulders, neck, and the unexpected part: jaw.

3. Fatigue often
Strenuous work or exercise factors become one of the emergence of fatigue. But when you light physical activity then easily tired, it should be wary. Approximately 70 percent of this is an early symptom of heart disease, due to lack of oxygen to the heart.

4. Dizziness and Nausea
This condition is often felt in about 39 percent of women who experience indigestion. If it is severe, you not only experience dizziness or pain in the head only, but you can not afford to faint from pain.

5. Sweating without Activity
Sweaty hands or body parts is often associated with heart problems. Come on. When you are not doing activities that drain sweat or sudden sweating, beware! This is one indication of heart disease is also characterized by a pale face.

6. Excessive Anxiety
Body will signal that you are in a state of anxiety. This could happen due to psychological factors, such as stress for example. This condition triggers a sudden heart attack.

7. Sleeplessness or Insomnia
This can lead to increased coronary heart disease in women. Conditions sleeplessness or insomnia is experienced by about 48 per cent of women, and will last for several months. Not only that, the quality of sleep is also not long enough to help you sleep soundly.

So, who is most at risk of developing these symptoms? The point is, the more risk factors you have, the greater your risk of getting a heart attack, such as:

The heart is an organ whose function is vital for the body. Therefore it is important to maintain heart health. Begin by familiarizing your dear heart healthy lifestyle and recognize the early symptoms of heart disease.

Although this disease has no cure, treatment can improve quality of life for people with Alzheimer's. They were sentenced to Alzheimer need support and affection from friends and family to cope.

None of the factors that appear to be the cause of Alzheimer's. Scientists believe that the disease is a combination of genetic, lifestyle and environmental factors. Alzheimer's damage and kill brain cells.

Two types of damage brain cells (neurons) that are common in people with Alzheimer 's:

Clumps of a protein called beta-amyloid affects the communication between brain cells. Although there are no known cases of Alzheimer's that causes death, the facts show that the process of the abnormal protein beta-amyloid may be the cause.

Support structures in the brain cells depends on the normal function of a protein called tau. In people with Alzheimer's, threads of tau protein undergo changes that cause them to be of unsound mind. Many scientists believe that this is the destruction of neurons and can cause death for patients with Alzheimer's.

Alzheimer's disease may begin with slight memory loss and confusion, but in the end will lead to mental impairment which is irreversible and destroys a person's ability to remember, think, learn, and imagine.

Everyone has lapses in memory. Is a normal thing when you forget where you put your car keys or forgetting names of people that you rarely see. But the memory problems associated with long Alzhaimer and bad. People with Alzhaimer possible:
2. Difficulty in finding the right words

Difficult for people with Alzhaimer to find the right words to convey their thinking or when they were deep in conversation. Will ultimately affect their ability to read and write.

People with Alzheimer's have trouble thinking about something, especially in the form of numbers.

4. Lost the ability to judge

Resolve everyday problems is a difficult and becomes more difficult until the end is something that is felt to be possible for those who have Alzheimer's. Alzheimer's has characteristics very difficult to do something that requires planning, decision making and judgment.

People with Alzheimer's often lose the ability to remember the time and date, and will find themselves lost in the actual environment familiar to them.

Difficult to perform routine tasks that require sustained steps in the process of completion, for example cooking. In the end, the person with Alzheimer's may forget how to do even the most basic things.

Women are more susceptible than men, this is because women generally live longer than men.

People who have mild cognitive impairment have memory problems worse than what might diekspektasikan on age and not bad enough to classify as dementia. Many of those who are in this condition persists has Alzheimer's disease.

The same factors that make you are at the same risk of heart disease also increase the likelihood you will be affected by Alzheimer's disease. Examples are:
6. Level of education

The study found an association between low education and the risk of Alzheimer's. But the underlying reasons are not known precisely. Some scientists theorize, the more often you use the brain more synapses you make a lot of reserves which will be available in the old days. It would be difficult to find Alzheimer's brains in people who train on a regular basis, or those who have a higher education level.
Subscribe to: Posts (Atom)